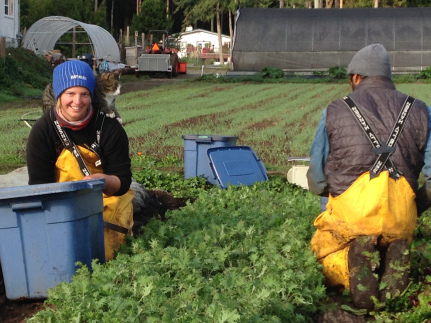 If you’ve been my Facebook friend anytime during the past 8 years you may have noticed that on occasion I write a blog. This blog usually happens while I’m travelling. While I’m out in the world seeing new things and collecting stories.

Well, this one is the complete opposite.

I was downtown today and ran into an old friend. I was greeted right away with a pleasant “Oh! How are you?” followed by the inevitable question, “are you here visiting?” Since I graduated from high school the answer has always been yes, I’m here for a week, or yes I’m here for the long weekend, or yes I’m here for the summer. But its not reading week, Christmas, Thanksgiving, Easter or the summer. It’s January. When was the last time I was in Grand Forks at the end of January?

So for the first time, I answered,  “No…I’ve. Moved. Back. Here.” And yes I said it just like that – each word was kind of its own sentence. They kind of stuttered out as if my tongue didn’t recognize them, as if I was a bit confused as to what I was saying. But it’s true – I am in Grand Forks, along with my partner Ahmed, and we just moved into a cozy little cabin at Grand Union Farms. 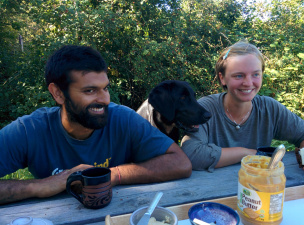 The two of us approached Colleen Ross, the owner of Grand Union Farms, at the end of last summer to ask about working with her this year. She told us, however, that she was planning to take a step back from farming but would love to have a young couple use her space as an incubator farm, if we were interested.

An incubator farm refers to a space that new farmers can use to develop a business and customer base while mitigating the start up costs of land and equipment. Incubator farms are popping up more in BC in places like Victoria, Richmond, and Kamloops to help encourage the next generation of farmers. This is in response to the decreasing number of Canadian farms and the increasing age of current farmers – the average age of a Canadian farmer in 2011 was 54 years old (Stats Canada, 2011).

So what does all this mean? It means that we have a chance at growing some beautiful vegetables for the Grand Forks region this year. We’ve spent several seasons gaining experience in other parts of BC and in volunteering in other parts of the world. Now I am absolutely thrilled to be able come back and do what I’ve come to love here in Grand Forks. Because Grand Forks has never really stopped being home. This valley has so much to offer. For me, it has much more to offer than the city. Really, I haven’t just moved back here, I have really Moved. Back. Home.